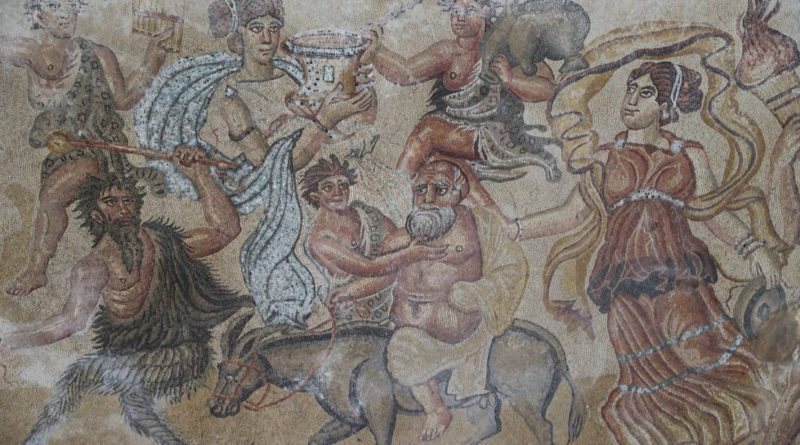 During the Roman occupation of Spain, there lived a man who was so wealthy that he could have his wine shipped all the way from Syria.

His estate known as Villa de Noheda was a testament to his great power and wealth: His dining room was 291 square meters and was decorated with mosaics fit for the palace of an emperor.

“This man really existed,” explains Miguel Ángel Valero, professor of ancient history at the University of Castilla-La Mancha. His name is not yet known “but sooner or later, we’ll find out,” says Valero, who has spent a decade uncovering the dazzling features of the villa, which is located in Villar de Domingo, a hamlet of 218 inhabitants in Cuenca province, in the central region of Castilla-La Mancha.

It’s unique in the world. When I show the photos in international congresses, specialists from other countries are astonished

So far only 5% of Villa de Noheda has been excavated, but researchers have uncovered the largest collection of marble sculptures in Roman Hispania and the largest figurative mosaic in the entire Roman Empire.

The forgotten villa was discovered more than a decade ago when a tractor hit a hard spot of land in the village of Villar de Domingo García. Prior to that, the area had the nickname of El Pedregal (The stony field) after the numerous stone blocks and clay tiles that were ploughed up. One day a farmer was ploughing the field when suddenly hundreds of brightly coloured tiles appeared. Knowing he had uncovered something special the farmer stopped his work and called the local museum. Archaeologists were called in to excavate the site and could not believe what they found.

Located strategically far away from any Roman road so as not to attract  attention, the villa and the lands that supported it covered more than 80 square kilometres.

So how could a Roman villa and its wealthy owner come to be forgotten? When the Roman Empire collapsed, it sparked the Christianization of Hispania.

Pagan symbols and sculptures were destroyed and stones that made up the villa would have been used for other building projects.

Plans are now underway to open up the site to the public while archaeological work continues.

Sources from the regional government confirmed that Villa de Noheda will be opened to the public “as soon as possible.” “It’s unique in the world. When I show the photos in international congresses, specialists from other countries are astonished. And the best is yet to come because we have only excavated a small part,” says Valero with a big smile.

When it rains in Spain

What caused the deadly bridge collapse in Genoa?

Cocentaina Outdoor Market to reopen in May